Decades ago the @latimes uncritically accepted L.A. City’s “South LA” rebranding. Recall that L.A. City’s elected officials wanted to sanitize images of “unrest” that they claimed were associated with “South Central.” So they dropped “Central”… brilliant 🙄. The L.A. Times went along with it wholesale.

We hadn’t seen “South Central L.A.” in an L.A. Times headline for many years until Angel Jennings’s Nov. 22nd story on #TheReef. While it’s in reference to the Historic South-Central district within L.A. City, seeing the historically proper place name was still exciting for many South Central Los Angeles advocates. It was one long overdue step away from revisionist history. 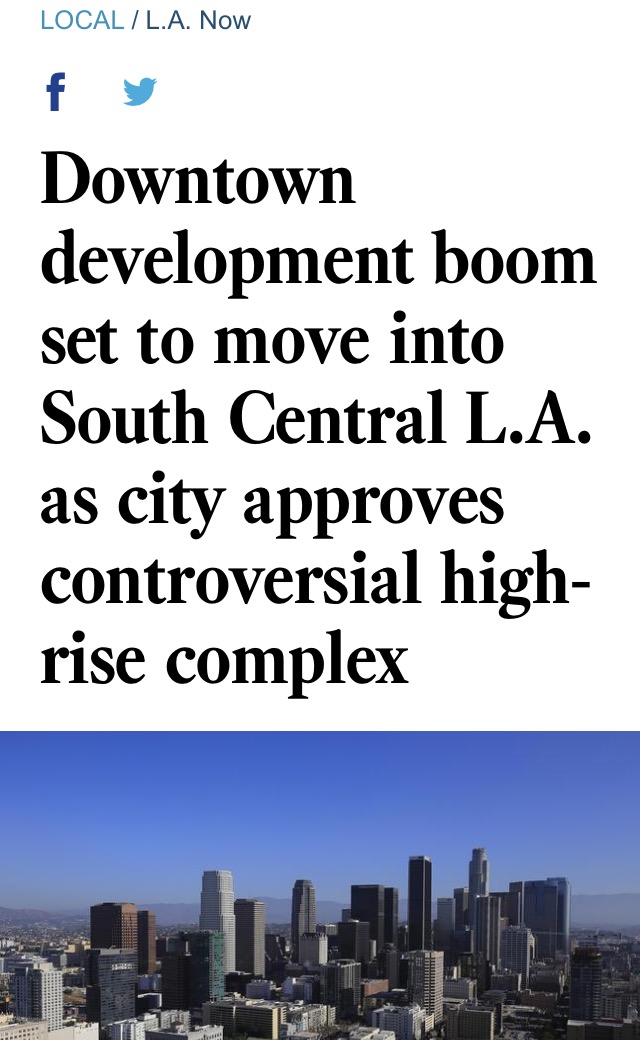 Creator of Embedded Planning and @C1TYPLANN3R. Support my writing at https://ko-fi.com/c1typlann3r View all posts by Jonathan Pacheco Bell, MAUP, MLIS